What & Where: “200 years of Wieland. Past. Present. Future.” – This was the motto of the company anniversary of Wieland, the leading global specialist for copper and copper alloys. On the occasion of these milestones, the foyer in Ulm also received a new look and, with the help of mehrwert und Datenwerk, became an interactive journey through time for employees and visitors.

Experience: Audio bust – The image of the founder Philipp Jakob Wieland carved in stone now tells visitors the history of the company via a one-handed receiver and various buttons. Via the exhibit carousel – a motor-driven exhibit turntable, the exhibit of interest can be moved in front of the screen in the middle at the touch of a button and the appropriate information appears there. Bolt and slab to touch – the Haptic Presenter can be used to start the film about the production process of the semi-finished copper products. As soon as you touch one of the two exhibits, the film runs on the screen over the products and the appropriate sound is emitted via an acoustic spot on the ceiling. The absolute eye-catcher of the exhibition is the “Living Wall”, the 6m long multitouch wall consisting of 15 screens. By simply touching it, the content on the history of Wieland can be viewed. A tablet across the wall makes it easy to switch from the user interface to the future film. Whether on site or “virtually” since February 2020 – the exhibition “200 years of Wieland” lets visitors experience the innovative epochs in the past and present and immerses them in the future of copper as a material. 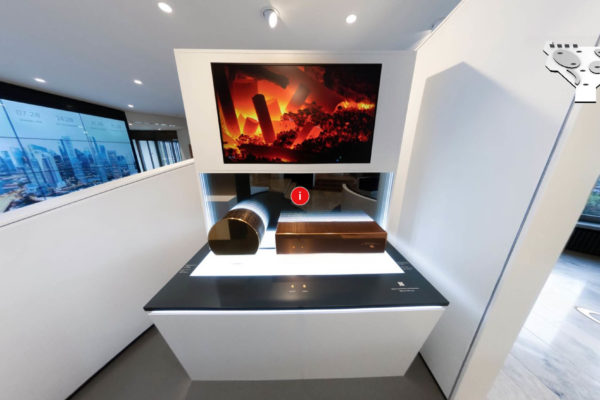 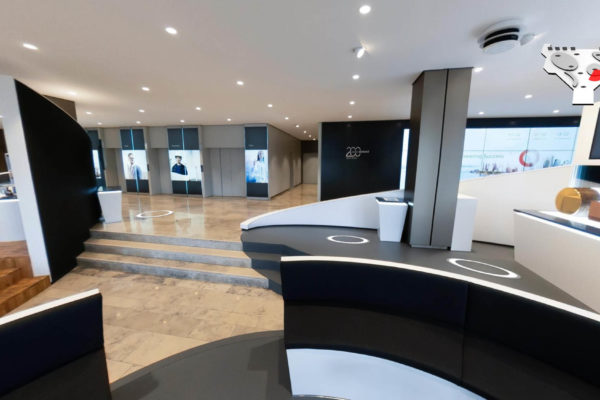 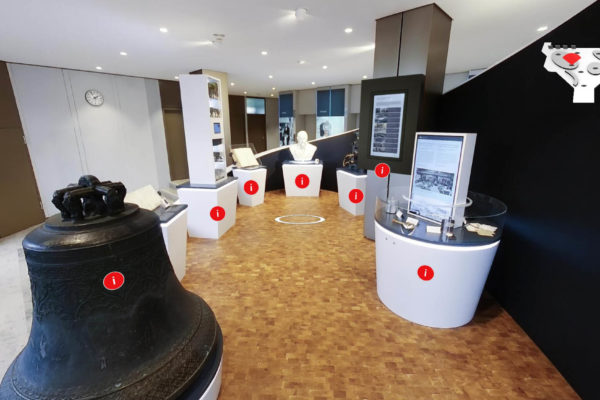 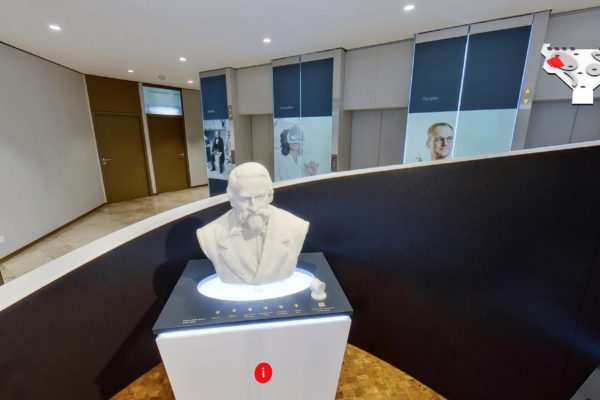 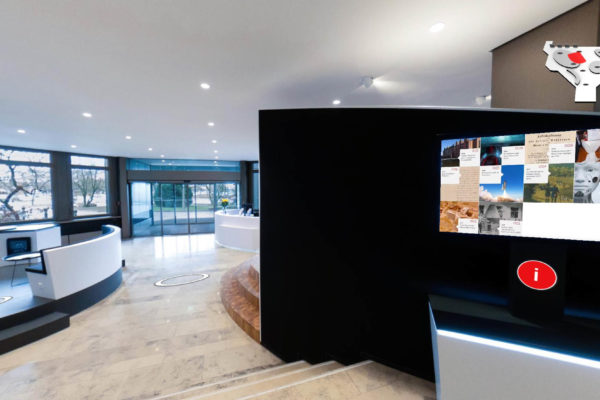